The Haunting of Alice May 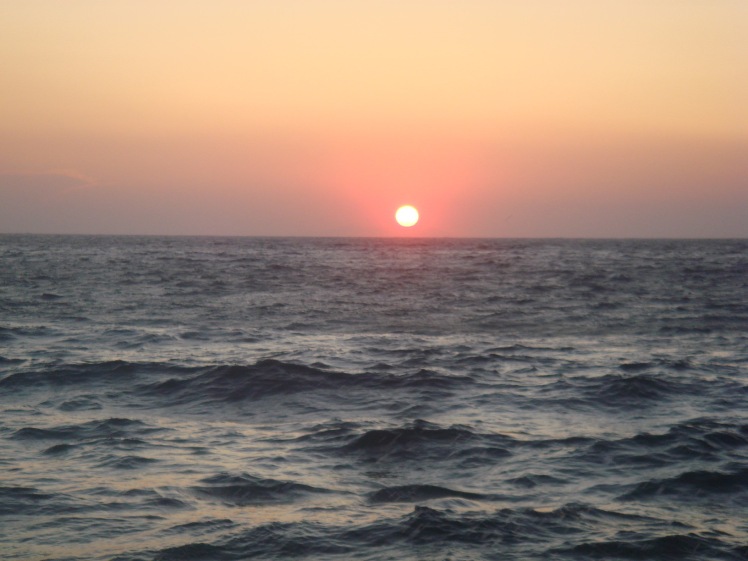 I love the sea.
I’m drawn to the ocean, maybe because I was born in Hastings, East Sussex and lived by the sea. I spent my childhood in the rock pools, and on the pebble beaches. In the US, I live in California and am drawn to Big Sur. My new novel Ghost Maven, about a teenage girl who falls in love with a ghost, is set in Monterey Bay.
Blue is my favourite colour
Blues and greens inspire me. In fact, there is scientific evidence that colours can facilitate creative insight. Not surprisingly I was at my most creative when I lived in Monterey Bay and had the immense stretch of the Pacific in front of me, and the cool cypress forests to hike in.

The South of France is my Guilty Pleasure
I visit the South of France every summer, because I love the Cote d’Azur. I think I’m attracted by the light quality like so many artists and writers before me. The sun sparkling on the sea and the soft sand is so inviting. It’s like stepping into a warm bath.

My first boss was David Attenborough
I have a zoology degree, and my first job after University was researching for David Attenborough on his television series The Private Life of Plants. He was very encouraging and supportive to me. Over twenty years later, when I won the Special Jury award at the Jackson Hole Wildlife Film Festival in Wyoming, I had the opportunity to thank him.

I like Cats
I’m currently filming a documentary called The Cat that Changed America about P22, the mountain lion who lives in Griffith Park in the middle of LA. It’s a very inspiring and heart tugging story about local residents who are campaigning to build a wildlife crossing so that P22 may eventually find a mate.

My favourite film is Marnie
Winston Graham wrote the novel, and he is now very famous again because of his Poldark series set in Cornwall. One critic said Marnie was the best book about a woman written by a man, and the thought processes of Marnie help me when I write female characters. Alfred Hitchcock directed the adaptation, and I wrote an entire book on the making of the film.

My favourite city is New York
I’ve written two books about the city which never sleeps. The first is a murder mystery set in the 1950s, about a woman who pretends to be a rich man’s wife. The second is a middle grade adventure book following an alien boy who is stranded in the city and has to solve a series of brain teasing riddles to travel home.

I’m a member of the Savile Club
The Savile Club is a traditional London Gentleman’s club with a long history of literary associations. My favourite authors Charles Darwin, Robert Louis Stevenson, Thomas Hardy, and J.M. Barrie were members. Ghost Maven is partly inspired by the Barrie play Mary Rose, about a girl who disappears on an island and mysteriously re-appears in ghostly form many years later. It’s an honour to be a member of the club and carry on their literary traditions.

I have dual residency
I divide my time between London and LA, as I have dual residency. I wrote Ghost Maven when I was living in California for two years, in Monterey Bay. It’s an incredibly beautiful place, and a haven for writers. I’ll be signing copies of the book at the Old Capitol Books store in Monterey on Labor Day weekend, Saturday September 3rd at 2pm.